Home » Camera » App That Bans Selfies, Only Allows Photos of Others Balloons in Popularity
Camera

App That Bans Selfies, Only Allows Photos of Others Balloons in Popularity 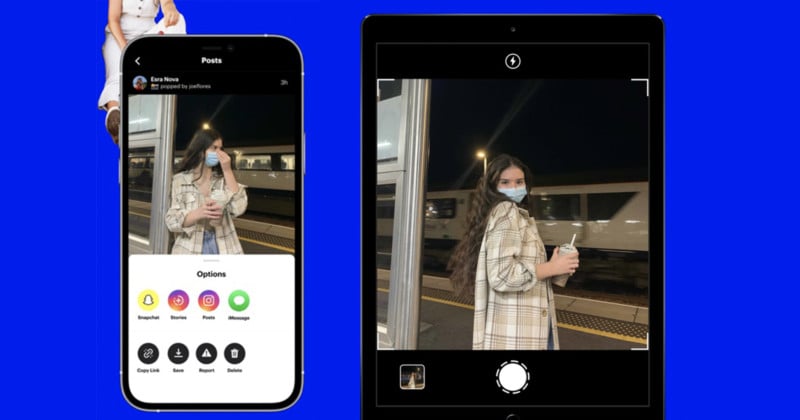 Poparazzi has launched a new photo-sharing network app that bans selfies, image filters, hashtags, and instead focuses on users taking and sharing photos of others has skyrocketed to the top of the app store.

Poparazzi is a photo app with a similar user interface to Instagram, with the major exception that it only permits users to take photos of others and has no options to add captions, hashtags, or comments. Recently released, the app has already jumped to the top of the Photo and Video section in Apple App Store.

With the tagline of “be your friend’s paparazzi,” the app requires users to tag their friends in the images, which then get uploaded on their friends’ profiles. As noted reported by Josh Constine, the concept of this app revolves around encouraging collaboration between users instead of focusing solely on consumption in the shape of virtual likes, comments, and shares.

Constine writes that the “app could come to characterize the post-pandemic reunion with friends the way Clubhouse embodied the physical isolation from friends at the start of lockdown last year.”

Focusing on snapping photos of your friends and family instead of trying to generate popularity through a carefully curated image and feed, especially because there are no photo editing tools available or a visible follower count, the app aims to inspire its users to enjoy being in the moment as they capture photos of others they enjoy spending time with.

On the app, if a user is photographed by someone they don’t follow, the photo will go through an approval process before it can appear on a profile. Users can also choose to remove any images they don’t like of them or block others so that they can’t “pop” a photo of them which also means that neither party will see each other’s content. 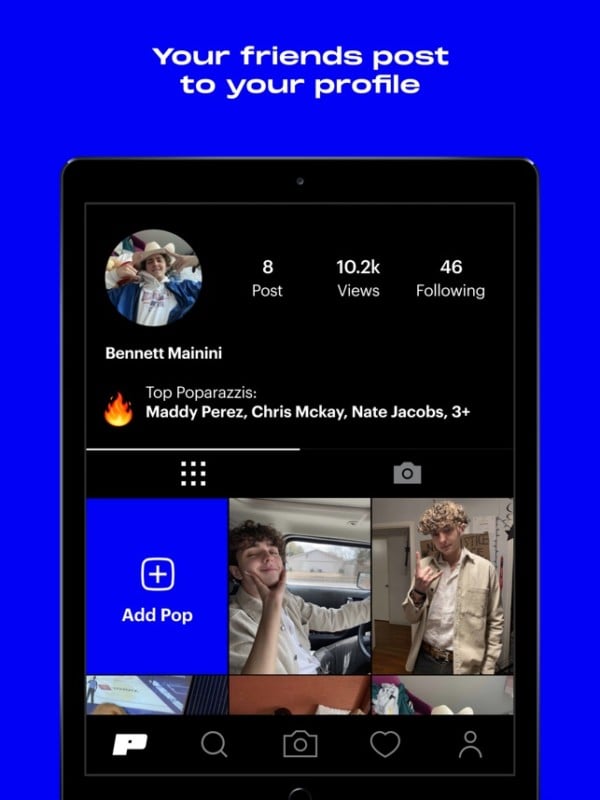 Although the concept is positively encouraging interaction between its users, the photo-sharing app also has a few downsides. For example, when creating a profile, it automatically follows everyone in the user’s phone book. Currently, the app doesn’t have the option to filter contacts before following everyone.

This app also begs a question of its wider functionality among users who may not spend as much social time with others, which would result in a scarcer photo feed. The app is centered around the physical interaction of users to enable them to take photos of each other which may be impossible for some, for example, those who regularly travel, work remotely, and more.

Poparazzi also asks users to rate it immediately upon launch and, although at the time of publication the app has a 4.6 rating out of 5 on the Apple App Store, many users report errors and that it is slow to respond or doesn’t load at all.

However, the app has secured at least $2 million in funding led by Floodgate and is only in its early days. Poparazzi is only available for iOS users at the moment and can be downloaded on the Apple App Store but the company reports that it is working on an Android version, too.