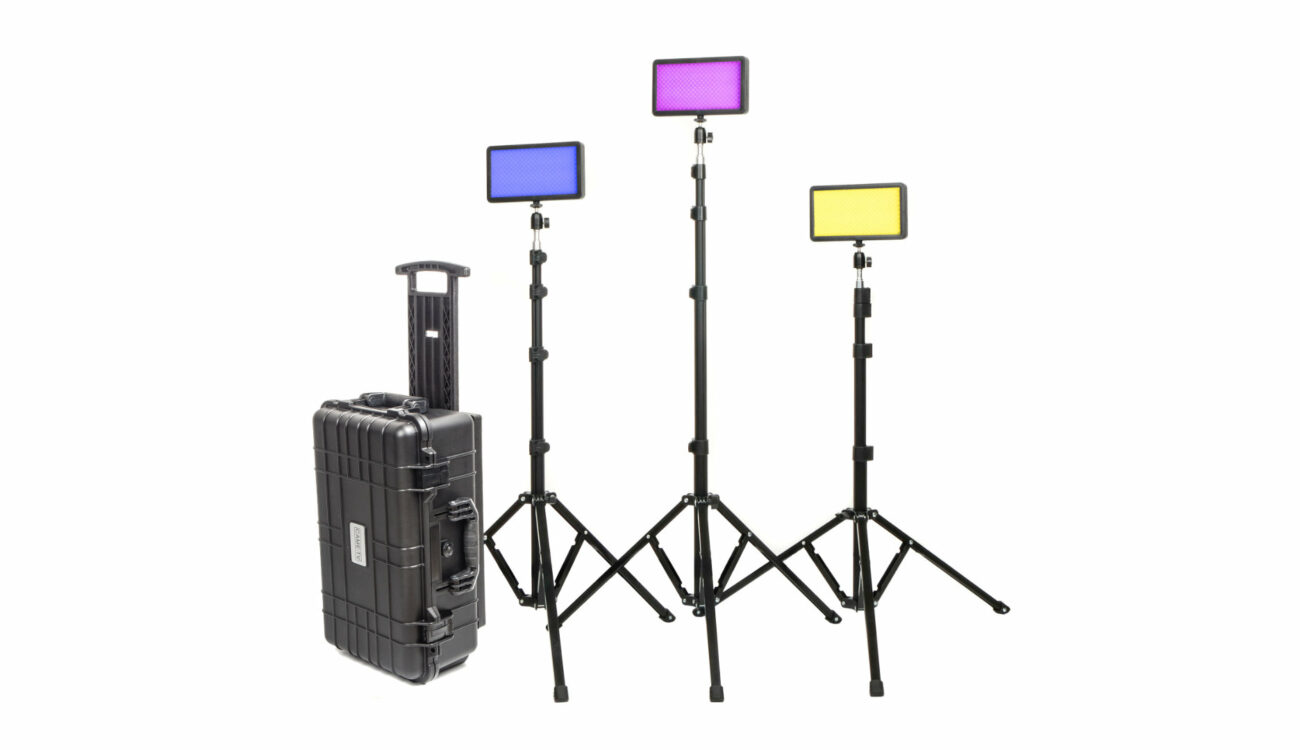 CAME-TV has a new travel kit with three P-20R lights and accessories in a travel case. Let’s see what it offers.

The Chinese manufacturer is known for doing lots of different film equipment, including camera support, stabilization systems and lights, and now they included a new kit in their lineup. The light itself isn’t new, it’s been around for around two years, but CAME-TV packaged it into a new kit for small shoots.

The P-20R lights can be powered over two NP-F battery mounts found on the back. Hotswapping the batteries should be possible as it doesn’t draw much power. Alternatively, you can use the included power adapter to plug it in. Charging the batteries inside the light is not possible, and having both connected is not recommended.

CAME-TV claims the TLCI is 97+ and CRI 96+, which is quite good for affordable LED lights. But to be honest, LED has come a long way, so really bad LED lights have become quite rare lately.

The light can be controlled directly on the back of it via the turning knobs and the built-in display, the included remote with very similar controls, or the Boltzen lights app. A few effects are built into the light, for example thunder and disco light.

It seems to be a direct competitor to Aputure’s MC lights or other similar lights like the SmallRig Pix M160. A key difference is most other lights don’t come in a kit with light stands. I wouldn’t use these light stands for anything else than these lights though, they seem to be quite fragile and shouldn’t be able to carry much more than these lights.

You can order the kit on their website right now for 688$, or you can grab the lights by themselves individually for 98$ on B&H (link below).

What do you think about CAME-TV products? Let us know in the comments.