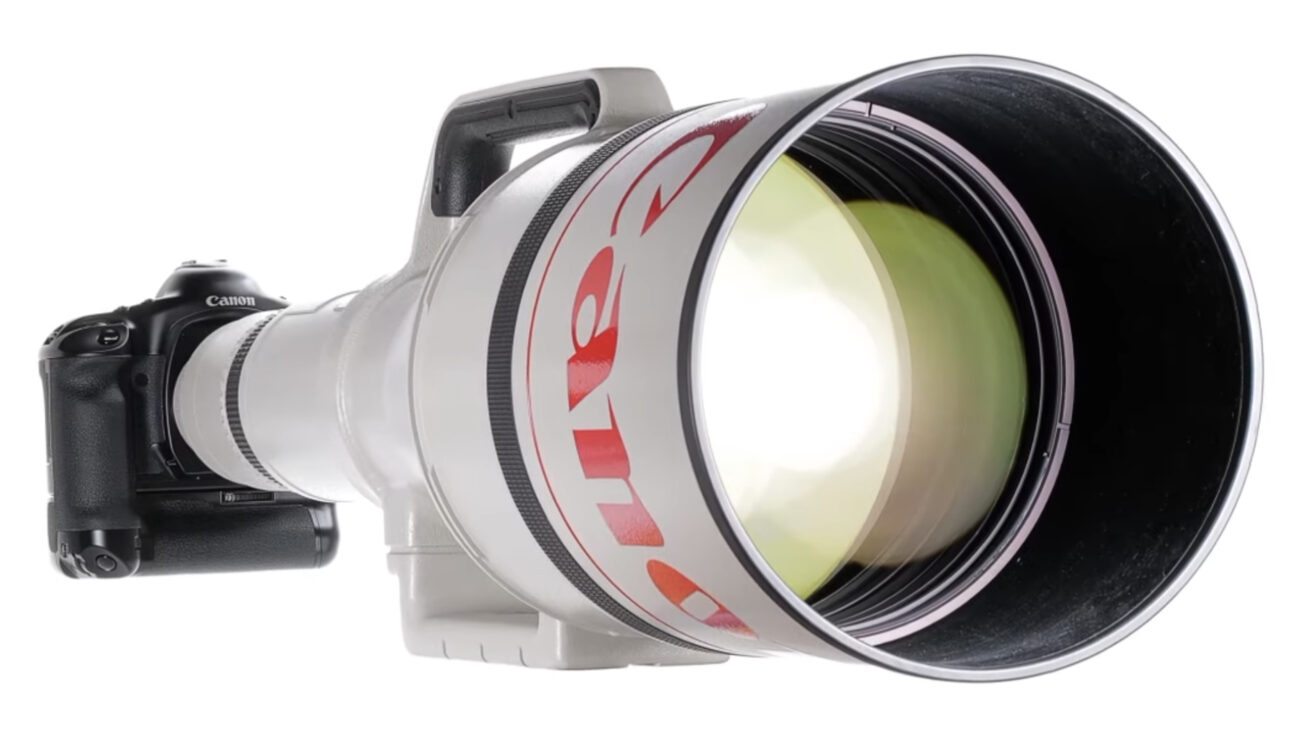 If you happen to need a new lens and want this lens to be able to take close-up pictures of a subject several hundred feet away, then this is for you! Wetzlar Camera Auctions will offer the legendary Canon EF 1200mm F5.6 L USM for sale in an upcoming auction in early October.

Fast forward to 2021, German company Wetzlar Camera Auctions will have one these rare lenses on sale in early October.

The lens itself was built only to order, so there are not so many copies on the market anyway. Mainly used for wildlife photography and sporting events, this glass monster is a real specialty lens: consisting of 13 elements in 10 groups, including two lens elements made of large diameter artificial crystal fluorite (3rd & 6th).

The video description of the video below, which shows the actual lens that Wetzlar Camera Audtions has for sale, reads as follows:

Canon EF 1200mm f/5.6 L USM, 1997 – the world’s largest interchangeable SLR autofocus lens, in terms of both focal length and maximum aperture – available on special order only, each lens was produced after it was actually sold – the annual production volume was approximately two lenses, each lens took more than a year to be built, due to the time required growing its massive fluorite crystals – only very few specimens are known to exist today – offered for sale at our coming auction on October 09th 2021 in Wetzlar!

Of course, you’ll need a decent tripod to operate this beast of a lens, and of course, any DSLR with this lens just looks minuscule. no matter how big it may be.

The lens for sale is in near mint condition and only a few flaws can be seen upon close examination of the video above. Browsing the Canon Camera Museum, the company states that

although the optical design is the same as FD1200mm f/5.6L (prototype), this lens is optimized for the EF system with a nonlinear focus cam for moving the focusing lens group, a focus preset function for quick focusing at a predetermined point, and power manual focusing with three focusing speeds. A one-touch revolving mechanism for quick switching between vertical and horizontal formats is possible.

So if you’ve got a big pile of cash to spare, you might be interested in participating in the upcoming auction from Wetzlar Camera Auctions, a specialist in selling vintage photography equipment. You can sign up for a newsletter to be notified when the auction catalog is officially released.

What do you think of this giant lens? What’s the longest focal length lens you’ve ever shot with? Share your experience below in the comments!

Beats Studio Buds will cost $150 according to the latest rumor