River, the Real-Life Dog That Inspired Fallout 4’s Dogmeat, Has Passed Away 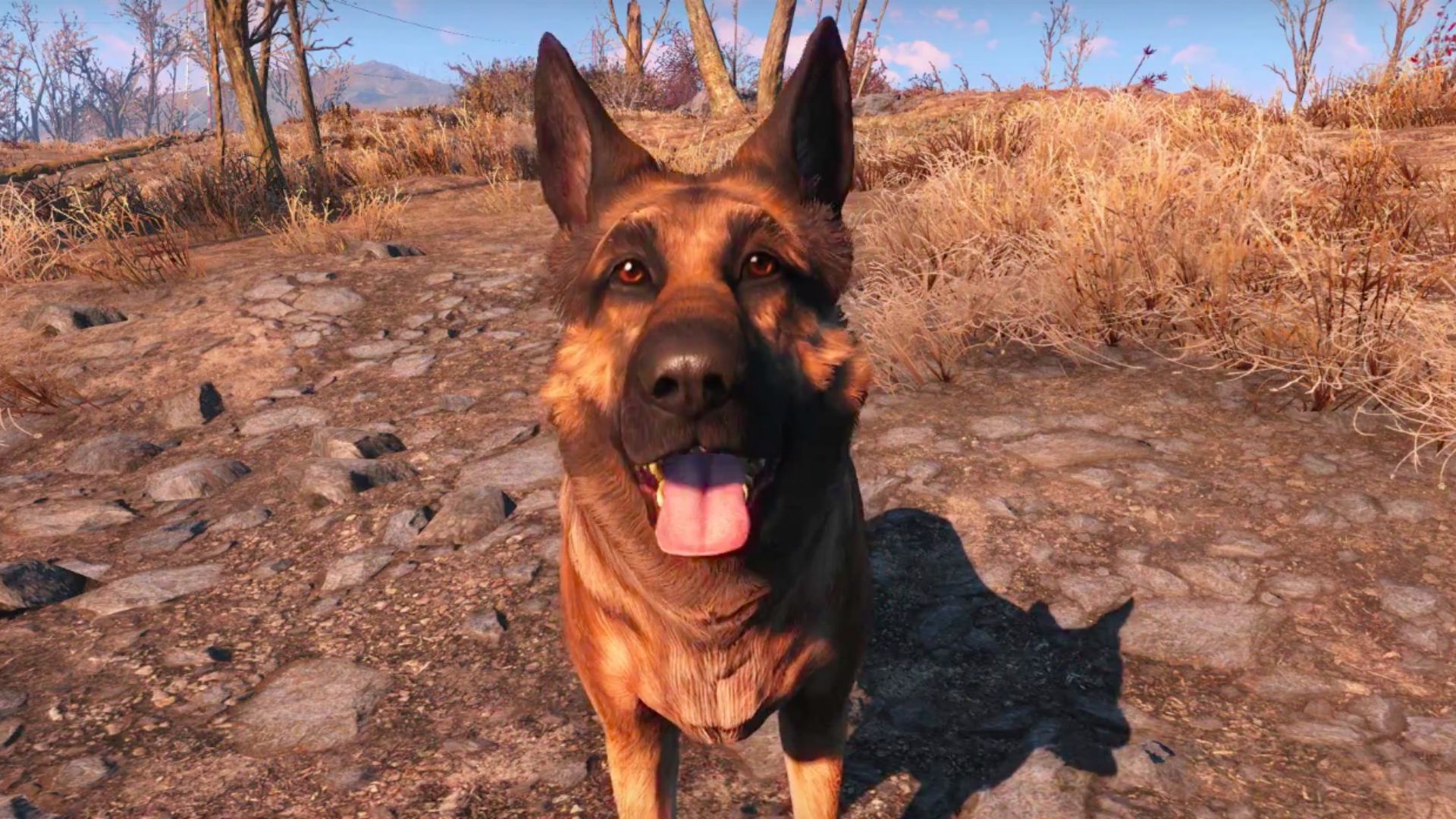 River, the real-life dog that was the inspiration for Fallout 4’s Dogmeat, has passed away.

The news was shared by Fallout 4’s senior designer Joel Burgess on Twitter alongside a thread that honored her life with images, behind-the-scenes stories, and much more.

Burgess began by saying that River was “the antidote to my biggest worry for the Dogmeat character – a canine weapon, and nothing more.” River made their goal of having Dogmeat become a companion first and a combat ally second come true.

To begin with the obvious; River’s looks were almost directly replicated to the in-game model.

Not just because of her beauty (but yes, that too), her markings happened to work really well for pose read + facial expression.https://t.co/9vXYRgrBqq

However, it didn’t start that way as the team began by researching “professional” dogs with film and/or police training. Burgess recalled visiting the desk of a new member to the Dogmeat team and seeing “countless images of German Shepards snarling, all teeth and attack postures.” A day or two following that, River arrived and changed everything.

She would attend meetings, not as a subject to be “poked, prodded, recorded and filmed as reference,” but to just “BE with the team.”

The team quickly bonded with her and began adding much of her personality to the character of Dogmeat. According to Burgess, River was “more than a mascot or an inspiration – she was part of the team.”

Beyond replicating River’s looks for Dogmeat, which helped the team as “her markings happened to work really well for pose read + facial expression,” her patience and gentle nature were also made a part of the character.

They even captured much of River’s voice for Dogmeat’s audio, even the distress calls. While this was “heartbreaking” for Burgess and the team, they made this possible by him simply standing in an adjacent room where she could smell but not see him until she started calling out. They would quickly be reunited, and the “happy little celebration yips” as they were together again were captured for the game that way as well.

River also helped with pathing for Dogmeat, as long walks with her would show that, while she would trot ahead, she would “consistently stop to look back and check in on me.” This helped connect players to Dogmeat, as it showed the care they had for the player.

River’s joy in making people happy, including bringing large objects to the team, was also captured, as was her priority of protecting you and not being an attack dog that just killed everything in sight.

One of the most important parts of Dogmeat’s identity is that, like the player character, the dog doesn’t belong in Fallout 4’s world either. For a game filled with “bizarre creatures, places, scenarios, and characters,” Dogmeat is your tether to the real world.

“Dogmeat is a tether,” Burgess concluded. “He grounds you in the world, will always stand by you, lead you to your family, and anticipate your needs. He wants your to be safe and happy. In other words, he loves you. And if love is River’s legacy, I am contented. Rest in peace, big girl.”

Dogmeat is a tether. He grounds you in the world, will always stand by you, lead you to your family, and anticipate your needs. He wants you to be safe and happy.

In other words, he loves you.

And if love is River’s legacy, I am contented.

Windows 11 will run Android apps in collaboration with Amazon's Appstore