In his most recent post, Vegeta suggests that both new technologies will become available at the same time – with Q4 2022 being the expected date of arrival. This seems fairly on-trend with AMD’s Zen 3/RDNA 2 launch which was officially announced in Q4 2020 – meaning there will be 2 years between the two architectures.

Whilst two years is a fairly long time, AMD fans should not worry too much – with Team red looking to release a number of ‘in-between products that will launch between Zen 3 and Zen 4 (most notably the Ryzen 5000XT CPUs and recently announced Zen 3 processors with 3D V-Cache technology). The same can be said for RDNA 2 and 3, with some high-performance products expected to fill the gap between generations. Vegeta goes on to say AMD is expected to tape out its first RDNA 3 based Navi 3X GPUs later this year, becoming the successors to the current Navi 2X GPUs that already feature in the RX 6000 series GPU lineup.

All this comes at a time where AMD is beginning to turn the tides in their favour in the battle between red and blue, generating even more excitement around the brand that can’t put a foot wrong right now. Having said that, we are still well over a year away from the new tech arriving, so let’s no get too carried away just yet.

Firstly, and as you’ve probably noticed, the new Zen 4 based Ryzen desktop CPU lineup will be codenamed Raphael and is set to replace the Zen 3 based Ryzen 5000 series CPU lineup – codenamed Vermeer. From the little information we have at present, we can expect the Raphael CPU family to be based on the 5nm Zen 4 core architecture – featuring 6nm I/O dies in a chiplet design.

In recent times, AMD has often hinted at increasing the core counts of their next-gen consumer CPU lineup, so don’t be surprised to see an improved core count over the current 16 core/32 thread flagship.

As far as performance is concerned, users should expect up to 25% IPC gain over the Zen 3 alternative – with clock speeds hitting 5GHz, respectively.

In a statment made to Anandtech by AMD CEO, Dr Lisa Su:

“Mark, Mike, and the teams have done a phenomenal job. We are as good as we are with the product today, but with our ambitious roadmaps, we are focusing on Zen 4 and Zen 5 to be extremely competitive.” “There will be more core counts in the future – I would not say those are the limits! It will come as we scale the rest of the system.” 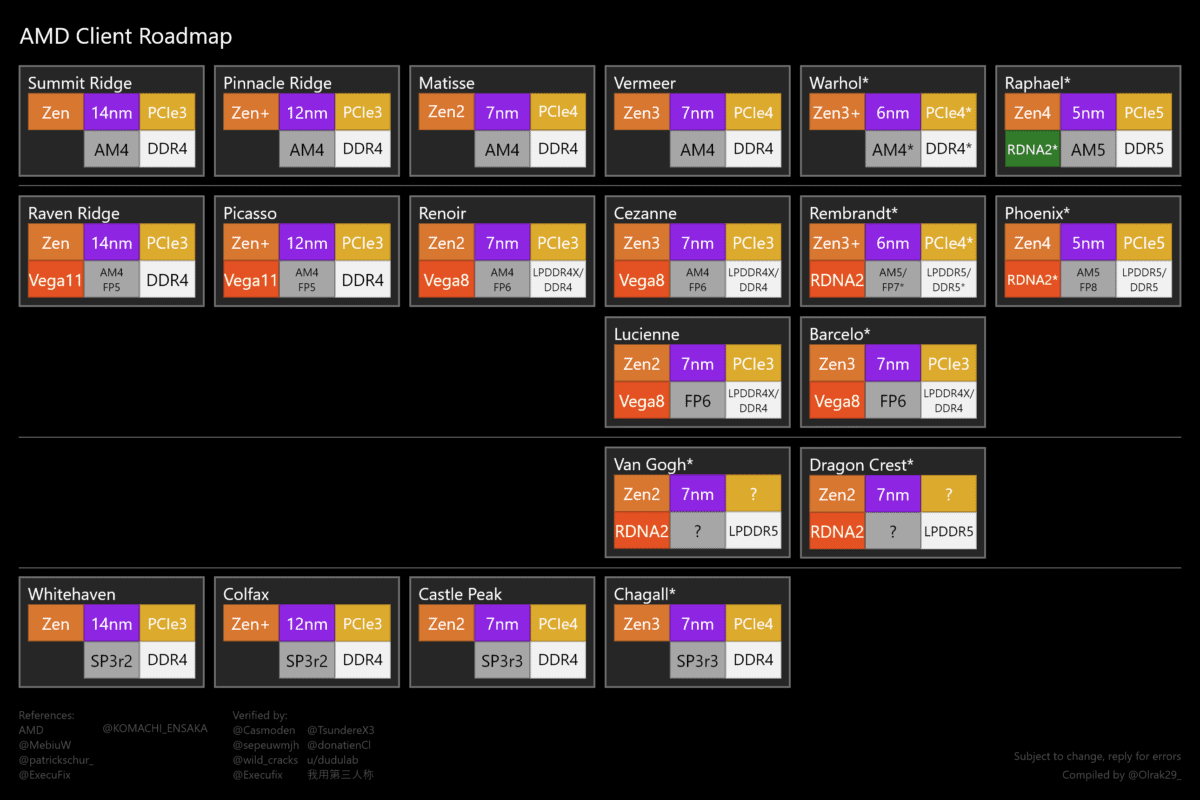 AMD has always been open with its desire to make new technologies backwards compatible. However, at this early stage, we have no idea whether or not ‘Zen 4’ will be backwards compatible. What we do know, however, is that a new LGA1718 will support the CPUs and AM4 motherboards will replace today’s AM4 – making chances of backwards compatibility less than likely. That said, when AM5 does arrive, we can expect to see that platform used for several years at least – making any new build utilizing them extremely futureproof.

As we mentioned before, we expect the Radeon RX 7000 series ‘RDNA 3’ lineup to launch in Q4 2022 at the same time as ‘Zen 4’. The new RX 7000 series graphics cards will feature the Navi 3X GPUs – with three major chips being leaked as of yet. The three major chips in the Navi 31, Navi 32, and Navi 33.  Like ‘Zen 4’, the ‘RDNA 3’ lineup is expected to make use of the TSMC 5nm process node, alongside the same packaging technologies – such as chiplet (MSM) design – that we’ve seen in Ryzen desktop CPUs. AMD hasn’t been quiet when it comes to boasting over their own GPU triumphs either. David Wang & his team at RTG often discuss how they brought RDNA 2 to life, with many of the same philosophies being utilized in the design of the third generation RDNA architecture. 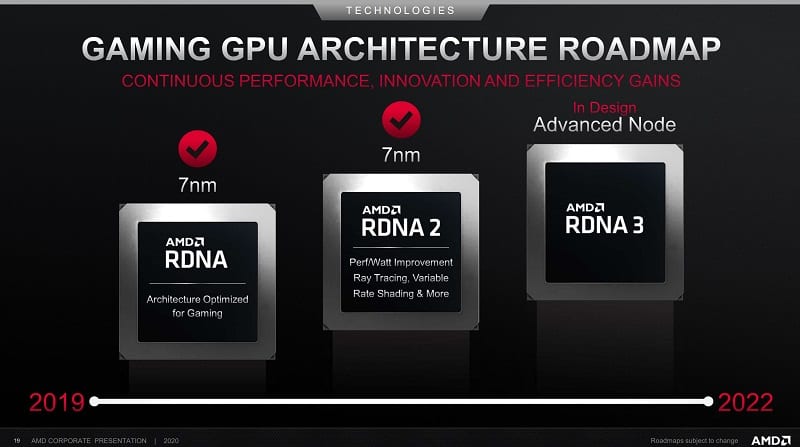 Most recent rumours regarding the new RDNA 3 GPUs suggest that the flagship Navi 31 GPU will be equipped with 160 compute units, over 10,000 cores, and feature a 3x performance increase over the Big Navi 21 GPU.

Performance specs for the Navi 33 GPU are also rumours to offer 80 compute unit, 5120  cores, and greater performance than the current Radeon RX 6900XT. Furthermore, AMD has already patented an active bridge chiplet solution for the next-gen GPUs which will offer an integrated cache and interconnects multiple dies on Navi 3X (RDNA 3) GPUs.

As always, AMD RDNA 3 ‘Navi 3’ GPU lineup will be competing against Nvidia’s own MCM GPUs based on either the Ada Lovelace GPUs. And whilst parts are set for late 2022, the current hardware issues we’re seeing could potentially delay that further – so don’t get too carried away just yet.

The Largest Data Leak Including 8.4 Billion Passwords Is Online

TCSTV LIVE: Macro Photography: The Universe at Our Feet