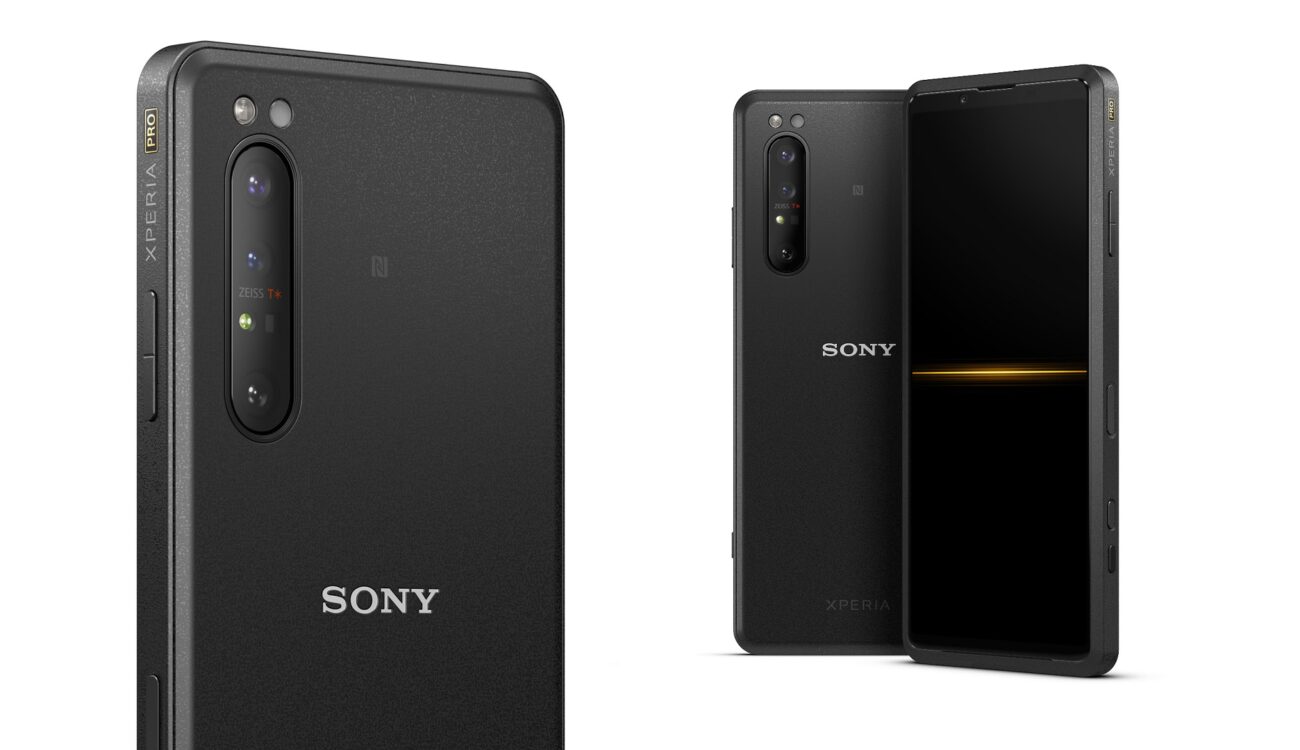 Sony Xperia PRO, the world’s first phone with a dedicated HDMI input port, has just been officially released in Europe. The phone has a 6.5-inch 4K OLED display with a 21:9 aspect ratio, 5G antenna, triple-lens camera, and Snapdragon 865 in an IP65/68-rated body with a 4,000mAh battery. The phone is available for €2,499.

First teased in February 2020, the Xperia PRO phone was finally announced in January 2021 along with the Sony Alpha 1. In some markets, such as the USA or Japan, the phone is already released and shipping. In Europe, Sony is actually officially releasing the Xperia PRO today. Let’s take a quick look at its features and specs.

Firstly, the Xperia PRO is the world’s first smartphone with a dedicated HDMI input. It can be connected to a camera with HDMI output and it can serve as a monitor or stream video feed via a 5G connection. The phone is able to stream to an RTMP server or directly to popular social media platforms.

The Xperia PRO has a 6.5-inch 4K OLED display with a 21:9 aspect ratio and it has a pre-installed External Monitor feature with a screen lock function, screen brightness adjustment, zoom capabilities, adjustable grid lines, and more.

The phone is focusing on reliable, fast wireless connection via 5G. The Network Visualiser feature developed for the Xperia PRO provides visualization of the signal reception status, communication method and communication speed of the device, to help locate the best spot for live transmissions.

Aside from the above-mentioned “pro” features, the Xperia PRO is also a decent standalone phone. It has a Qualcomm Snapdragon 865 processor, IP65/68-rated body, triple-lens camera (16mm, 24mm, and 70mm), 4,000mAh battery, and Gorilla Glass 6 for display protection. Like all other Sony phones, the Xperia PRO runs on Android.

The Xperia PRO is now available for pre-order in Europe. Sony says that the shipping should start on May 10, 2021. The price has been set to €2,499 which is quite a lot compared to other phones, but the truth is that the Xperia PRO offers some unique features.

What do you think of the Sony Xperia PRO? Do you need such a device to stream directly from a camera? Let us know in the comment section underneath the article.